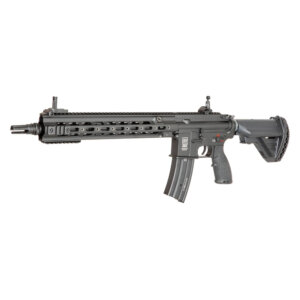 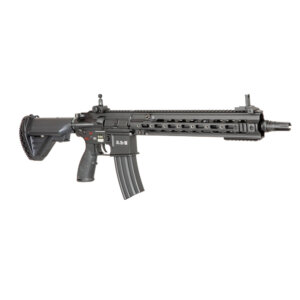 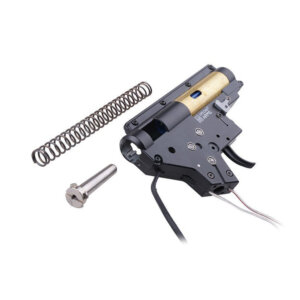 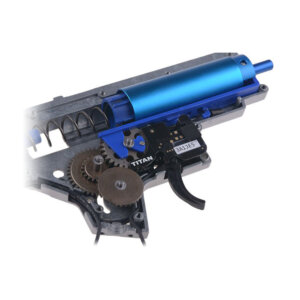 Drop-In MOSFET type TITAN™ V2 controller set transforms an AEG into an advanced training replica. It provides a tactical advantage thanks to a lightning-fast trigger reaction time with the ability to modify the replica and adapt it to every mission with the help of 20 available functions. This is the most advanced and top model by GATE.

SA-H06 carbine replica by Specna Arms is made largely of a uniform zinc and aluminum alloy, reinforced with steel elements in the most vulnerable points of the replica (steel elements – all the screws, pins and tactical sling swivels). Both the stock pad and the pistol grip were made of polymer. The receiver of the replica and RIS handguard have undergone the process of anodizing, which guarantees a high degree of protection against corrosion. The paint was applied via a process of powder coating, after having the surface undergo the process of sandblasting prior to the application of paint. This provides a much higher than usual resistance of the applied paint to abrasion. The receiver bears manufacturer markings.

The replica’s parts are very well aligned – in a way that could be thus far noticed solely in replicas by such top-tier manufacturers as G&P or Classic Army, the replica is also perfectly balanced. This allows for an almost ideal maneuverability of the replica and its weight is almost unnoticeable once the replica has been shouldered.

The replica features a quick spring release system, so-called Enter & Convert™. Due to that system, it is possible to rapidly and quickly adapt the power of the replica to the conditions expected on the playing field without the necessity to have the access to a workshop or a set of special tools – once the gearbox has been taken out of the replica’s body, the process of spring change lasts literally seconds.

The advantages of Enter & Convert™ system are hard to overstate. In the light of the current tendency in the whole Europe to use legal limitations regarding the muzzle velocity of replicas or internal regulations inside various groups, the system guarantees the User a varied set of possibilities and plenty of freedom. Enter & Convert™ system allows with a minimal amount of time to change the main spring, thusly customize the muzzle velocity towards the area of the game in such a way so as to guarantee an ideal compromise between the effectiveness of fire and safety for the User himself as well as other participants.

The replica is fully compatible with LiPo and LiFe batteries. Due to the base muzzle velocity of ~430 FPS provided by the main spring installed by default by the manufacturer, the replica is perfect for operating on a medium range. The set also includes an M90 spring, which allows to reduce the muzzle velocity to ~310 FPS and as a result to adapt the replica for close-ranged and indoor operations.

The gearbox which is reinforced on the height of the cylinder’s head hides a steel main spring guide which is the element of the Enter & Convert™ system and also 8mm ball bearings and steel thread-wheels which are placed on spacers. The system is secured with the use of four anti-reversals. There is a type 2 cylinder and the steel breaker. Replica is factory-fitted with and accurate, rotary type polymer Hop-Up unit that allows very precise and stable regulation of BB overclocking.
The replica is equipped with a top RIS 22 mm rail, RIS handguard and an adjustable stock. The top RIS rail features metal flip-up iron sights, which can be freely detached in order to make room for the attachment of a chosen optoelectronic aiming device. Due to the extendable stock with an anti-slip stock pad, it is possible to adapt the replica’s length to the body type and preferences of the User. Standard flash hider is based on a 14 mm left-handed thread, which allows the attachment of a silencer in its place.
In order to enhance the realism of the game, the replica also features an operational bolt-catch mechanism.

06 version features a foldable SF stock on a stock slide. The stock also stores a battery. The handguard of the replica has a RIS rail with M-Lock system that allows for individual adaptation of the RIS rail position to the User preferences. The handguard features two QD tactical sling mounts.

The replica comes with a steel, 300 BB, Hi-Cap magazine.

The set does not include a battery or a charger. 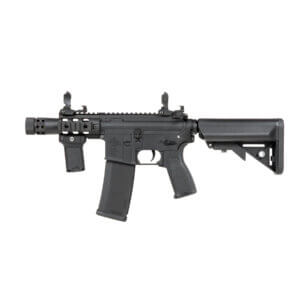 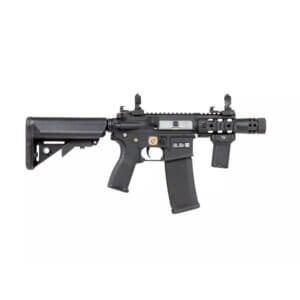 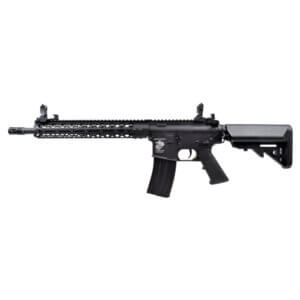 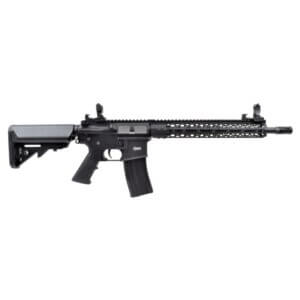 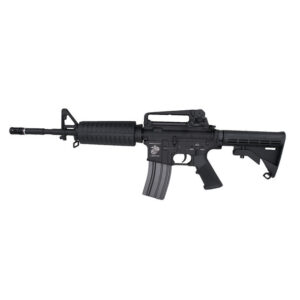 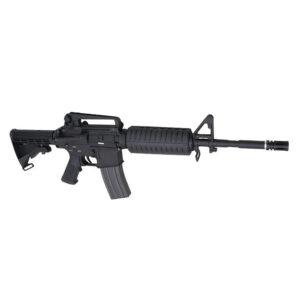 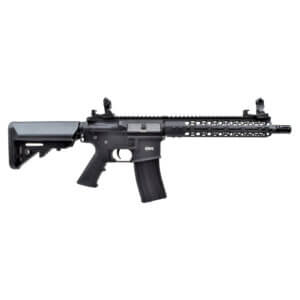 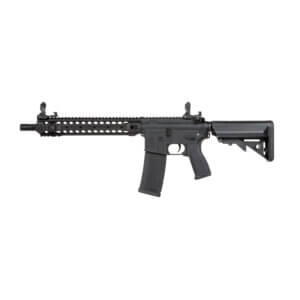 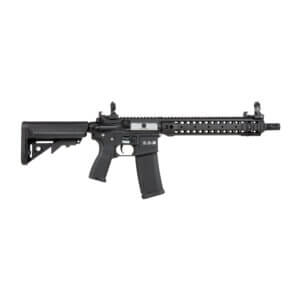 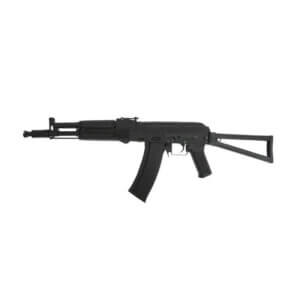 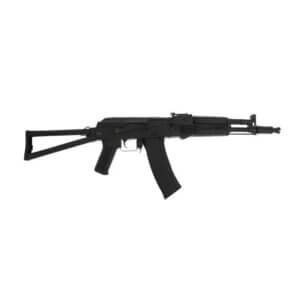